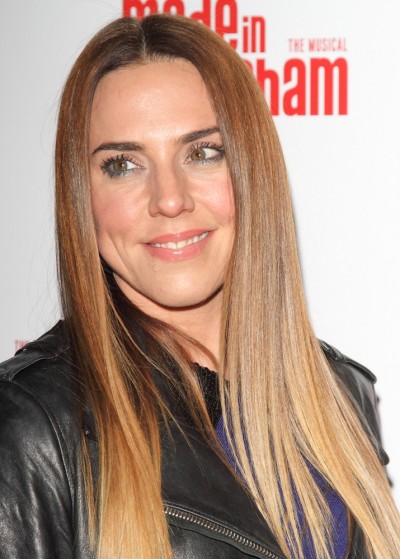 Melanie C in 2014, photo by Prphotos.com

Melanie C is a British singer, songwriter, actress, dancer, entrepreneur, television personality, and fitness model. She is also known as Melanie Chisholm, Mel C, and Sporty Spice. She was a member of female group Spice Girls, along with Mel B, Victoria Beckham, Emma Bunton, and Geri Halliwell.

She was born in Whiston, Merseyside, and grew up in Widnes, Cheshire. Melanie is the daughter of Joan and Alan William Chisholm. Her half-brother is auto racing driver Paul O’Neill. She has a daughter with her former partner, property developer Thomas Starr.

Melanie’s patrilineal line can be traced back to her third great-grandfather, Alexander Chisholm.

Melanie’s paternal grandfather was William Chisholm (the son of Andrew Fraser Chisholm and Mary Gosling). William was born in West Derby, Lancashire, now part of Liverpool, Merseyside. Andrew was Scottish, and was the son of James Chisholm and Ann Fraser. Mary was the daughter of John Gosling and Christine Kennedy.

Genealogy of Melanie’s father (focusing on his father’s side) – https://www.myheritage.com

Genealogy of Melanie’s mother (focusing on her own father’s side) – http://www.ancestry.com