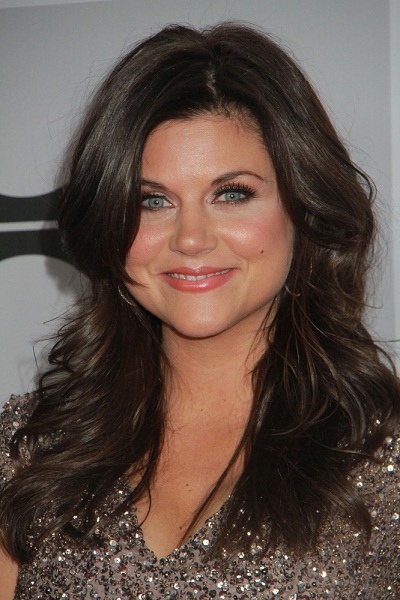 Thiessen in 2012, photo via PRphotos

Tiffani-Amber Thiessen is an American actress, also credited as Tiffani Thiessen. She has starred on the shows Saved by the Bell and Beverly Hills, 90210. She is the daughter of Robyn and Frank Thiessen, a park designer and landscape architect. She is married to actor Brady Smith, with whom she has two children.

I’m a mutt. I have so much of everything in me, and half of it I don’t even know. German on one side, Greek, Turkish and Welsh on the other. My mom is very olive-skinned; I get my blue eyes from my dad.

This statement, about Greek and Turkish ancestry, does not appear to be correct. Tiffani’s maternal grandfather, Robert Howell Ernest, is listed as having died in Turkey, but he was not of Turkish descent. Robert was born in New Jersey, of approximately three quarters German and one quarter English ancestry.

Tiffani’s maternal grandfather was Robert Howell Ernest (the son of Otto Bernard Ernest and Gladys Natalie Inderlied). Robert was born in New Jersey. Otto was born in Saxony, Germany, the son of Bernhardt Otto Ernst/Ernest and Bertha Auguste Ziegler, who was from Falkenstein, Upper Palatinate, Bavaria. Gladys was born in New York, the daughter of Charles Franklin Inderlied and Natalie Clara Wolfe.

Sources: Tiffani mentions that her father was adopted by his own stepfather – http://www.tiffanithiessen.org

Genealogy of Tiffani Thiessen (focusing on her mother’s side) – http://worldconnect.rootsweb.ancestry.com