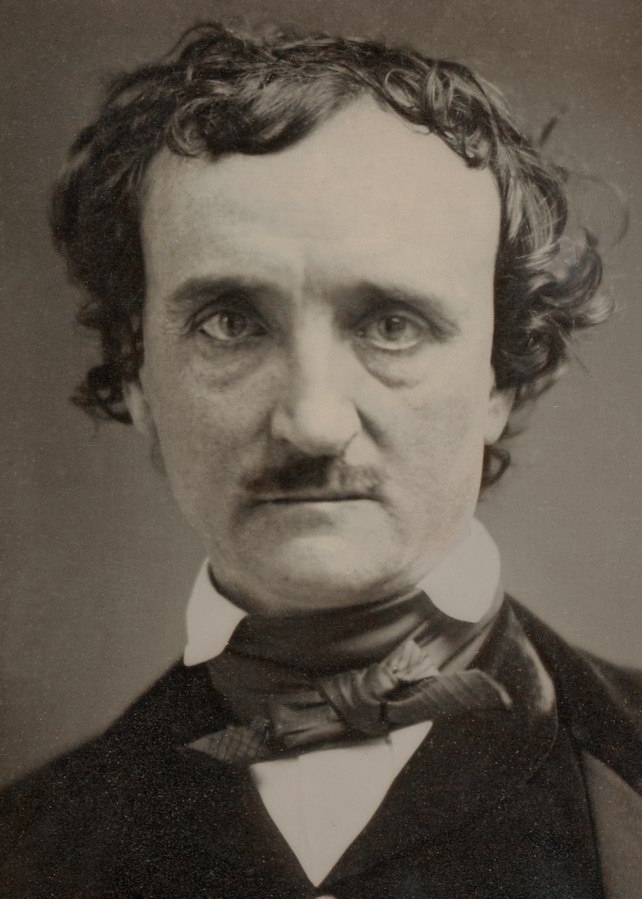 Ethnicity: English, as well as one quarter Anglo-Irish/Irish

Edgar Allan Poe was an American writer, editor, and literary critic. He is known for his pioneering work in the horror genre.

He was the second child of actress Elizabeth “Eliza” (Arnold) Hopkins Poe, who was born in London, England, and actor David Poe, Jr., who was born in Baltimore, Maryland. Edgar took the name Allan from his foster parents, Frances (Valentine), who was born in Virginia, and John Allan, who was born in Irvine, North Ayrshire, Scotland, though they never formally adopted him. He married his paternal first cousin, Virginia Eliza Clemm, when she was thirteen years old, in 1835. They were married until her death.

Edgar’s paternal grandfather was “General” David Poe (son of John Poe and Jane McBride). Edgar’s grandfather David was born in Dring, Parish Kildallon, Cavan, Ireland. He emigrated from Cavan to America, around the year 1750. John was the son of David Poe and Sarah Clifford. Jane was the daughter of The Rev. Robert McBride.

Edgar’s maternal grandmother was Elizabeth Smith (the daughter of Timothy Smith). Elizabeth was a stage actress in London from 1791 to 1795. Henry died in 1789 and, in November 1795, Elizabeth sailed from England to the U.S. with Edgar’s mother, arriving in Boston, Massachusetts in 1796. Timothy was the son of Samuel Smith and Hannah Page.