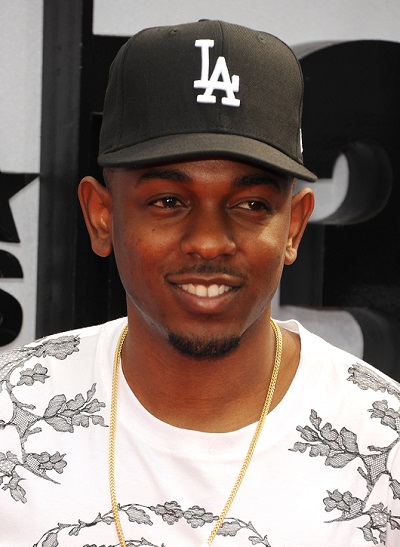 Lamar in 2013, photo by Joe Seer/Bigstock.com

Kendrick was born in Compton, California, to parents from Chicago, Illinois, Paula Oliver and Kenny Duckworth. He was named after singer Eddie Kendricks, of The Temptations. In 1995, he witnessed his idols Tupac Shakur and Dr. Dre filming the music video for their song “California Love,” which was a significant moment in his life. As a teenager, he attended Centennial High School in Compton, and was a straight-A student.

He has two children with his fiancée, beautician Whitney Alford.