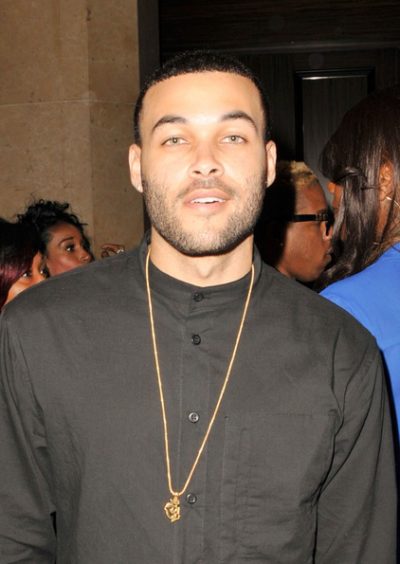 Benjamin in 2014, photo by Prphotos

Don Benjamin is an American model, rapper, and actor. He is a finalist of season 20 of America’s Next Top Model. His father, Donald Walls, is an actor and model. His father is African-American. His mother is of Irish and half Native American descent. Don has stated:

My mom is half-White, half-Native American. The white, I think, is Irish and then my dad is African-American. He’s Black, from Chicago. He’s not African or nothing.