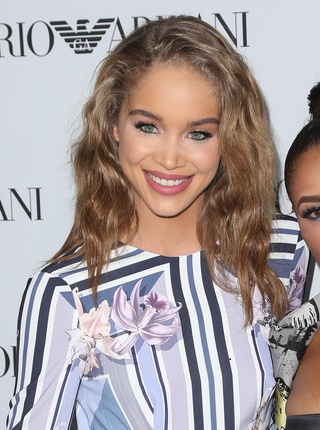 Sanders in 2015, photo by Prphotos.com

Jasmine Sanders is an American model and fashion influencer, living in New York City. She has worked for the brands Forever 21 and American Eagle.

She was born in Germany, and was raised in South Carolina. Her father is American, from South Carolina, and is African-American. Her mother, Ursula is German, from Stuttgart. A picture of Jasmine’s parents can be seen here.

She is sometimes known as “Golden Barbie.”

She has stated, “Living in the South, people look at you differently because you are a mixed kid… I would get bullied over who my friends were – if I had too many white friends or too many black friends.”