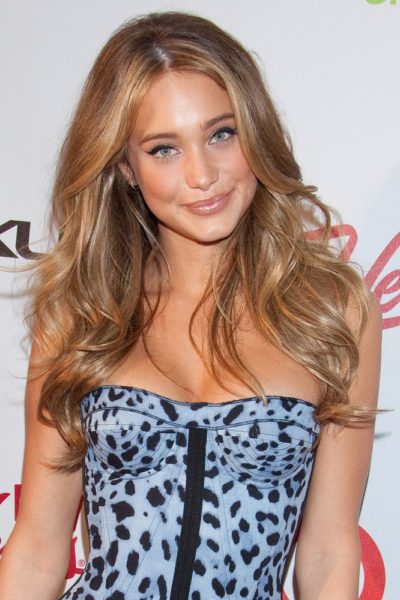 Ethnicity: German (about five eighths), as well as Ashkenazi Jewish (one eighth), Irish, English, and Scottish

Hannah was born and raised in Saint Thomas, U.S. Virgin Islands, the daughter of Deborah L. (Behm) and Conn Jay Davis. Her uncle is sportscaster Glenn Davis. She is married to professional baseball player Derek Jeter, with whom she has three children.

Hannah’s maternal grandfather was Howard Wesley “Wes” Behm (the son of August Behm and Ernestine Wolfe). Howard was born in Middletown, Middlesex, Connecticut, to ethnic German parents from the Russian Empire. August was the son of Johann Behm, who was from Kovel’, Volyn’, and of Wilhemina/Wilhelminia Wildermann.

Hannah’s maternal grandmother was Esther M. Tyler (the daughter of James Andrew Tyler and Eunice Louisa Baker). Esther was born in Princeton, Washington, Maine. James was the son of William James Tyler, who was of Colonial American (English) descent, and of Sarah E. McKinley, who was born in Trescott, Washington, Maine, to Irish parents, her father from Antrim. Hannah’s great-grandmother Eunice was the daughter of William S. Baker and Nettie V. Hanson, whose father was Canadian.

Genealogy of Hannah Davis (focusing on her mother’s side) – http://famouskin.com