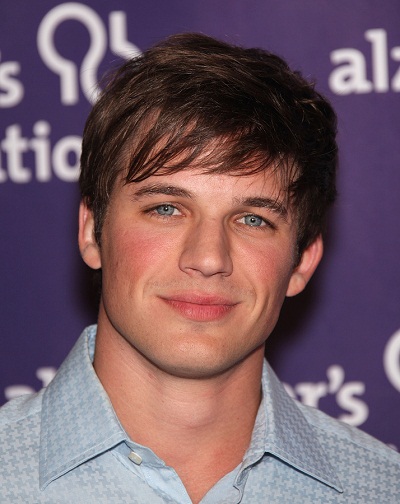 Lanter in 2011, photo by DFree/Bigstock.com

Matt Lanter is an American actor and model. His projects include the shows 90210 and Timeless, the films Sorority Row and The Roommate, and numerous voice over roles.

He was raised in Atlanta, Georgia. He is married to Angela Stacy, with whom he has a daughter.

Matt’s maternal grandfather is Richard Norbert Wincek (the son of John Wincek and Frances/Francis Ann Sentz). Richard was born in Ohio. John was born in Ohio, to George Wincek and Annie Kurteka, who were Polish immigrants, as were all of John’s grandparents (Paul Wincek, Rosa Kaklewiez, Jacob Kurteka, and Mary Brodi). Frances was born in Michigan, the daughter of Stephen/Steve Sentz/Sencz and Katie Rebinski/Ribaynski/Ribaljinski, who were emigrants from Austria. Stephen may have been German. Katie likely had Polish ancestry.

Matt’s maternal grandmother is Marilyn June Ware (the daughter of John Ellis Ware and Ruth Irene Mobley). Marilyn was born in Ohio. John was the son of Wilbur William F. Ware and Mary May Ellis. Ruth was the daughter of John M. Mobley and Anna Pauline Matasky. Anna’s parents, Ignatz/Ignace Mataski and Florentia Hudinski, were Polish.

Genealogy of Matt Lanter (focusing on his father’s side) – https://www.geni.com

Genealogy of Matt’s paternal grandfather, Kenley Mackendree Lanter (focusing on his own mother’s side) – http://worldconnect.rootsweb.ancestry.com