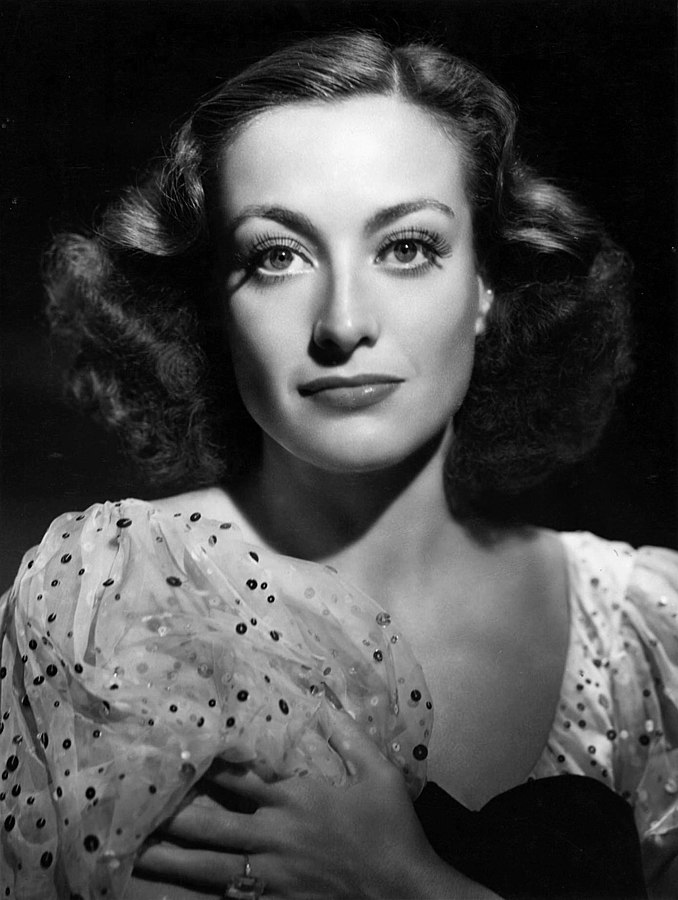 Joan Crawford was an American actress, dancer, and chorine. She won the Academy Award for Best Actress for Mildred Pierce (1945).

Joan was the daughter of Anna Bell (Johnson) and Thomas E. LeSueur. She was married to businessperson Alfred Steele, until his death. Joan had five children, that she adopted, two of them with her former husband, actor Phillip Terry. Her brother was actor Hal LeSueur.

Joan had English, and small amounts of French, Welsh, and Dutch, ancestry.

Joan was descended from Dr. Pierre Chastain, born c. 1659, in Chârost, Cher, Centre-Val de Loire, a French Huguenot immigrant who is the ancestor of likely millions of Americans, including professional football player Terry Bradshaw, actress Jessica Chastain, and entertainer Chris Hardwick, among others.