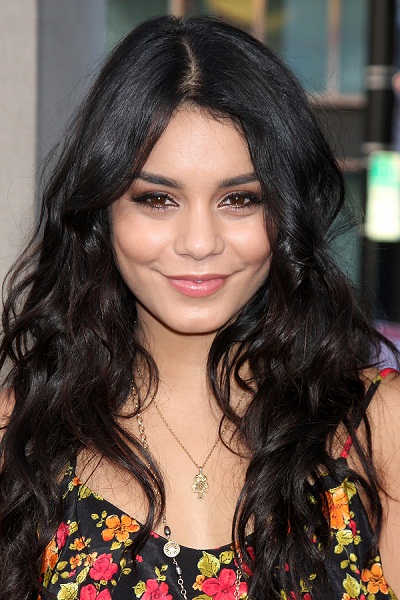 Hudgens in 2010, photo by kathclick/Bigstock.com

Ethnicity:
*father – English, some Scottish, Irish, and German
*mother – Filipino, along with Spanish and Chinese

Vanessa Hudgens is an American actress and singer, also credited under her full name, Vanessa Anne Hudgens. Her roles include High School Musical, Bandslam, Sucker Punch, Machete Kills, and Dog Days, among other films. Her sister is actress Stella Hudgens.

Vanessa’s father, Gregory Hudgens, was of English, and some Scottish, Irish, and German, descent. He was also said to have Native American roots, although it is not clear if this Native American ancestry has been verified/documented.

Vanessa’s mother, Gina (Guangco), is Filipino, and has Filipino, Spanish, and Chinese ancestry.

Vanessa does not speak Tagalog. She has stated that her mother tried to teach her the language when she was younger. Vanessa has also stated that she loves Filipino food and is proud to be a Filipina.

Vanessa’s paternal grandfather was John Robert Hudgens (the son of Claude Bryan Hudgens and Elsie Simpson). John was born in Illinois, and was a trumpet player during the big band era. Claude was the son of Zachariah/Zack Hudgens and Carrie Fly. Elsie was the daughter of John A. Simpson and Elizer J. White.

Vanessa’s paternal grandmother is Bonnie Lee Karnes (the daughter of Dawsey Karnes and Freda Colene Pemberton). Bonnie was born in Missouri. Dawsey was the son of Charles Herman Karnes and Emma Jane Sloan. Freda was the daughter of William Riley Pemberton and Lucy Eva Sessions.

Sources: Genealogy of Vanessa Hudgens (focusing on her father’s side) – https://famouskin.com

Genealogy of Vanessa’s father (focusing on his father’s side) – https://hudgensillinois.com