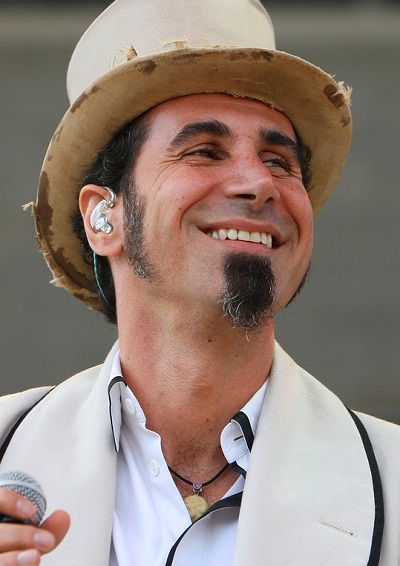 Tankian in 2008, photo by Prphotos.com

Serj Tankian is an American musician, singer, songwriter, multi-instrumentalist, record producer, poet, and political activist. He is the lead vocalist of the metal band System of a Down, formed in 1994 by four Armenian-American friends. Daron Malakian is also a member of the band.

Serj was born in Beirut, Lebanon, to ethnic Armenian parents. At five, he moved with them to Los Angeles, California. In his youth, he attended bilingual Rose and Alex Pilibos Armenian School. Serj is married to Armenian-born Angela Madatyan, with whom he has a son. Angela is from Vanadzor.

His grandfather was an Armenian Genocide survivor. His family is from Dörtyol, Kayseri, Tokat, and Urfa, all now in Turkey.