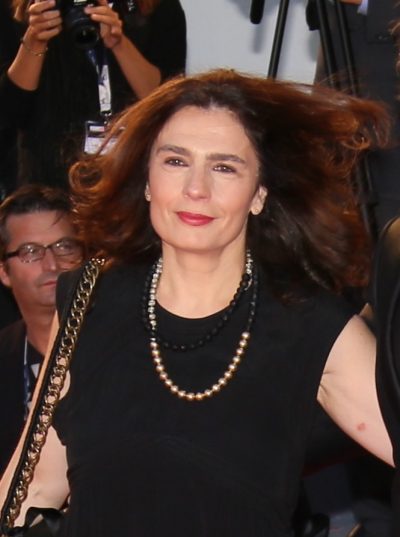 Khanjian in 2015, photo by Denis Makarenko/Bigstock.com

Arsinée Khanjian is a Canadian actress, producer, and civil rights activist. She was born in Beirut, Lebanon, to an ethnic Armenian family.

She is married to director Atom Egoyan, with whom she has a son. She often appears in her husband’s films.