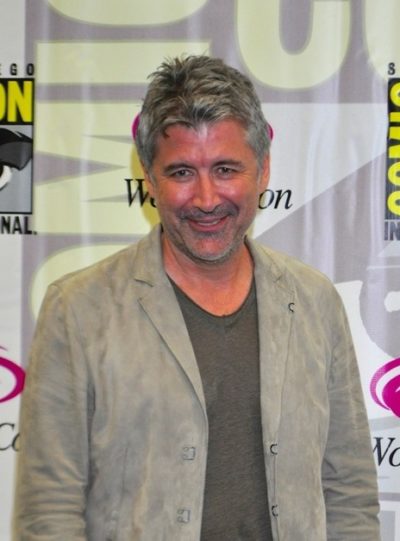 Deran Sarafian is an American film and television director, and actor.

Deran is the son of Helen (Altman) and film director Richard Casper Sarafian. Among Deran’s siblings are screenwriter Tedi Sarafian and special effects expert Damon B. Sarafian. Deran has two children with his wife, actress Laurie Fortier. His uncle was director, screenwriter, and producer Robert Altman.

Deran’s maternal grandfather was Bernard Clement Altman (the son of Frank Gerhardt Altman/Altmann and Annette Matilda Bolt). Bernard was born in Missouri. Frank was the son of German parents, Clement Altmann, from Schleswig-Holstein, and Wilhelmina Rolling/Roling, from Hanover. Annette was the daughter of Benjamin Bolt, who was German, from Bavaria, and of Mary Elizabeth Smith, who was Swiss.

Deran’s maternal grandmother was Helen Mathews (the daughter of Elisha Mathews and Gatie/Kittie L. Strawn). Helen was born in Illinois. Elisha was the son of James Matthews and Ellen. Gatie was the daughter of Jacob Strawn and Mary Jane Patterson. Jacob’s father, Jacob Strawn, was known as “The Cattle King.”

Sources: Genealogy of Deran Sarafian (focusing on his mother’s side) – http://www.geni.com

Genealogy of Deran’s mother (focusing on her father’s side) – http://www.wikitree.com

Genealogy of Deran’s mother (focusing on her mother’s side) – http://wc.rootsweb.ancestry.com