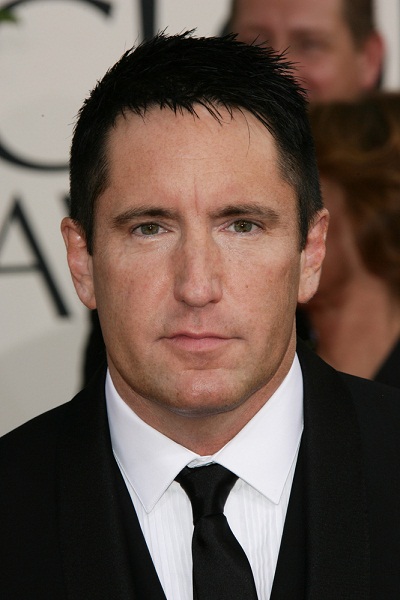 Reznor in 2014, photo by Prphotos.com

Trent Reznor is an American musician, singer, songwriter, record producer, and composer. He is the lead vocalist, multi-instrumentalist, and songwriter of the industrial rock band Nine Inch Nails. Atticus Ross is also a member of the band. Trent and Atticus won the Academy Award for Best Original Score for The Social Network and Soul, the latter also with Jon Batiste. Trent is also a member of post-industrial supergroup How to Destroy Angels, along with his wife, Filipino-American singer and songwriter Mariqueen Maandig, and Alessandro Cortini, Ross, and Rob Sheridan.

Trent and Mariqueen have five children.

Trent’s patrilineal line can be traced to John Reznor, who was born, c. 1745, in Germany.

Genealogy of Trent Reznor (focusing on his father’s side) – https://www.geni.com