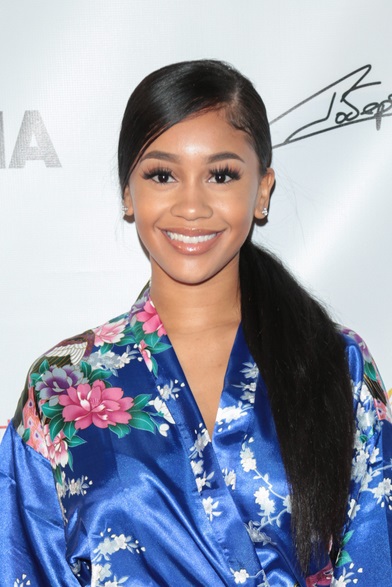 Saweetie is an American rapper and songwriter. Her father is African-American and her mother is Chinese-Filipino. In her freestyle track “High Maintenance,” she mentions her mother’s ancestry. Saweetie studied at San Diego State University and the University of Southern California, earning a business degree. Pictures of her parents can be seen here.

Saweetie’s paternal grandmother is Joanne Glass (the daughter of John Glass, born John Washington, and of Gloria G. Davis). John was born in California, the son of Charles Washington and Ora Belle Daniels. Gloria was born in Nebraska, the daughter of Virgil Davis and Myrtle Mae Fisher.