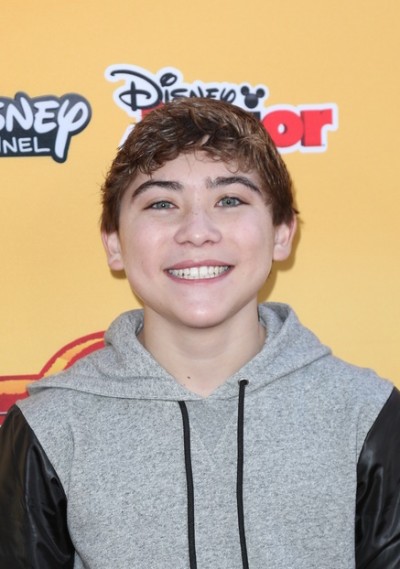 Raymond Ochoa is an American actor. He voiced the lead character, Arlo, in the 2015 Pixar film The Good Dinosaur. He is the brother of actors Ryan Ochoa, Rick Ochoa, Robert Ochoa, and Destiny Ochoa.

The surname Ochoa is usually Basque.

Raymond’s paternal grandmother is the daughter of William Solgonick/Solganick and Mary Isabel Garcia. Raymond’s great-grandfather William was born in Pennsylvania, to Russian Jewish/Ukrainian Jewish parents, Louis Solgonick, from Kruti, and Kat/Katie/Kate/Gittel Rosen/Resnick, from Zhitmoir. Raymond’s great-grandmother Mary was of Mexican descent, and was the daughter of Pedro E. Garcia and Mary Calmenero/Colmernero.

Sources: Interview with Raymond’s brother Ryan about their background – http://sdjewishjournal.com