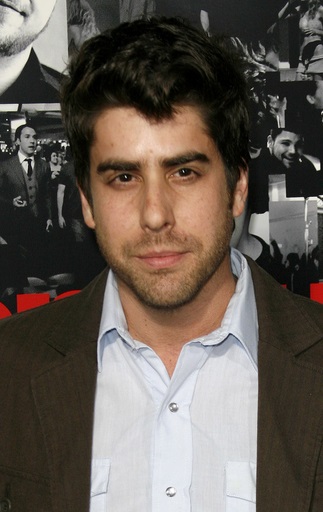 Goldberg in 2007, photo by Prphotos.com

Adam Goldberg is an American actor, musician, director, and producer.

Adam has had three children with his partner, artist and designer Roxanne Daner. Roxanne is Jewish.

Adam’s paternal grandmother was Sarah C. Lamm (the daughter of Joseph Lamm and Rose Dachis). Sarah was born in Minnesota, to parents from Romania.

Adam’s maternal grandmother was Neva Bernice Tully (the daughter of Ferdinand Baron Tully and Louise B. Flin). Neva was born in California. Ferdinand was the son of Carlos Hoppin Tully (whose maternal grandmother, Juana Maria Ortiz, was of Mexican descent), and of Adele B. Baron (whose father, Eduard Barron, was born in France, and whose mother, Concepcion, was born in Mexico). Louise was the daughter of Jules Le Flein/Flin, who was French, and of Carlota Brunet, who was Mexican.