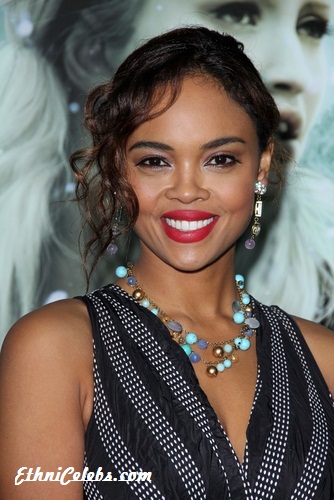 Sharon Leal is an American actress and singer. Her father was African-American and her mother was Filipino. Leal is the surname of her stepfather, who adopted her. She has stated:

Last year, I came to the [Asian Excellence] awards and people were like what are you doing here Sharon? What’s going on? I felt like I had to announce that I am half-Filipino. My mother is from the Philippines…. I’m undoubtedly Asian. The best part of this award is your acknowledgment of that fact. I’m very proud to be part of these awards. I sincerely thank you. Thank you so much.

She has a son with her former husband, director John Beverly “Bev” Land, who is now married to actress Dania Ramirez.