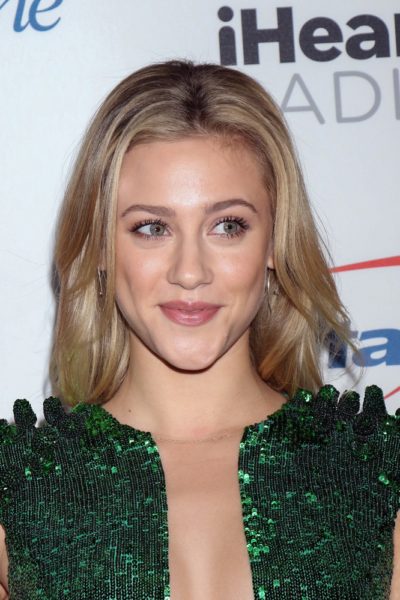 Lili Reinhart is an American actress. She is known for starring as Betty Cooper on Riverdale, and for her roles in the films Hustlers, Chemical Hearts, and Miss Stevens.

She was raised in Bay Village, Ohio, near Cleveland.

Lili’s paternal grandfather is Rodney Rolan Reinhart (the son of Rolan Robert Reinhart and Bernice Arlene Sherretts). Rodney was born in Ohio, and is of German, and distant English and Irish, ancestry. Lili’s great-grandfather Rolan was the son of Leo John Reinhart and Nola Mae Cronebaugh. Bernice was the daughter of George Washington Sherretts and Ida Lorenz.

Lili’s paternal grandmother is Corine Kay Endlich (the daughter of Raymond Philip Endlich and Pauline Elizabeth Brown). Corine is of German descent. Raymond was the son of Gilbert Wilson Endlich and Minnie Augusta Helmreich. Pauline was the daughter of Adam H. Brown and Elizabeth Caroline Laub.

Lili’s maternal grandfather is William Hoyt Craft (the son of Carlton William Craft and Alice Catherine Griffith). Lili’s grandfather William was born in Massachusetts, and is of English, Irish, Dutch, and some German, descent. Carlton was the son of Gordon Horatio Craft and Helen M. Barnes. Alice was the daughter of Hoyt Delaplane Griffith and Margaret Hellen Carroll.