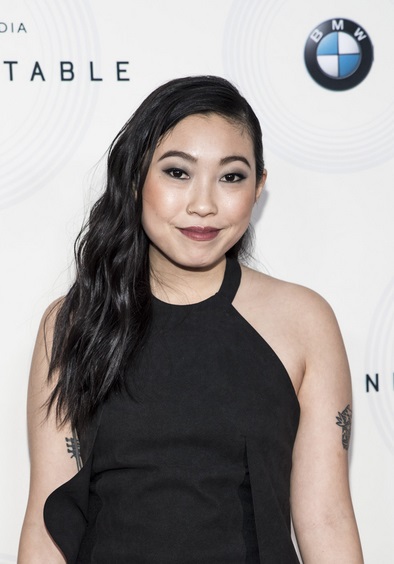 Awkwafina is an American rapper, television personality, and actress. She is known for her roles in the films The Farewell, Crazy Rich Asians, and Shang-Chi and the Legend of the Ten Rings, among others.

Her father, Wally, is American, and is of Chinese ancestry. Her mother, Hong Heun-joo, “Tia,” was Korean, from Seoul, and moved to the U.S. in 1972. Awkwafina was raised in Forest Hills, Queens.

One of Awkwafina’s paternal great-grandfathers was Gum Fang “Jimmy” Lum (the son of Xi Long Lum). Gum was born in China. He opened the Chinese restaurant Lum’s in New York.