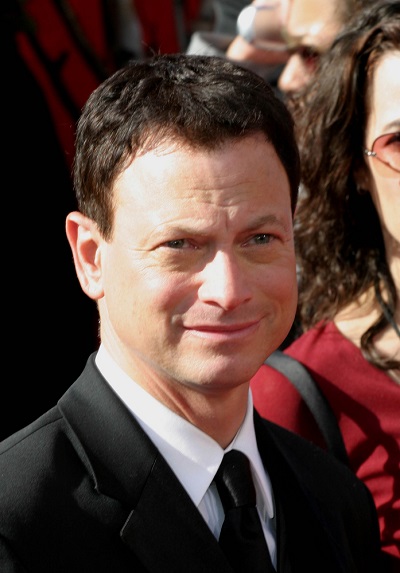 Gary Sinise is an American actor, director, and musician. Gary’s paternal grandfather was of Italian descent. Gary’s ancestry also includes German (from a great-grandmother), Swedish (from a great-grandfather), English, Scots-Irish/Northern Irish, Irish, and French. Gary is married to actress Moira Harris, with whom he has three children.

Gary’s paternal grandfather was Donato/Daniel Louis Sinise (the son of Vito Sinise/Sinisi and Anna Marie/Maria Fusco). Donato was born in Illinois, to Italian parents, from Ripacandida, Basilicata. Vito was the son of Pasquale Sinise/Sinisi and Margaret/Maria Disabato/Disabito. Anna was the daughter of Luigi Fusco and Teresa Anastasia.

Gary’s maternal grandfather was Leslie Walter Alsip (the son of Walter Alsip and Frieda Carolina Volkman). Leslie was born in Illinois. Gary’s great-grandfather Walter was the son of Horace Greely Alsip and Alice M. Dechane. Frieda was the daughter of Gustave/Gustav/Gustof Volkman, who was born in Illinois, to German parents, and of Anna/Annie Maria Caroline Langheld, who was German.