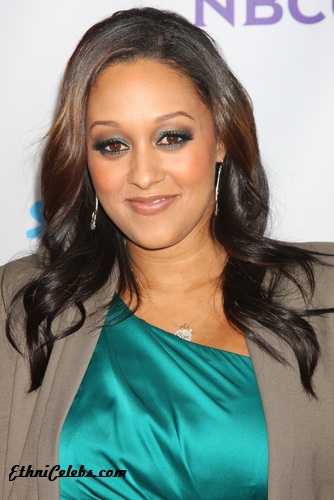 Tia Mowry-Hardrict, also credited as Tia Mowry, is an American actress and model. She was born in Germany, while her father served in the U.S. army. Her siblings are her twin Tamera Mowry-Housley, and younger brothers Tavior and Tahj Mowry. Her father, Timothy, is white, and has English, and some Irish, ancestry, and her mother, Darlene, is black, of African-Bahamian descent. Tia is married to actor Cory Hardrict, with whom she has a son.

A DNA test whose results were displayed on the show The Real (2016) stated that Tia’s sister, Tamera’s, genetic ancestry is:

Tia’s sister Tamera has also said that she has over 40% “English & Irish” ancestry.

Tia is said to be descended from Roger Mowrey, who was born, c. 1610, in Herne Hill, London, Middlesex, England.

Tia’s maternal grandmother was Cloreta/Clo Flowers (the daughter of Raleigh/Riley Flowers and Cecelia/Cecile Campbell). Cloreta was born in Florida, to Bahamian parents. Cecelia was from Eleuthera.