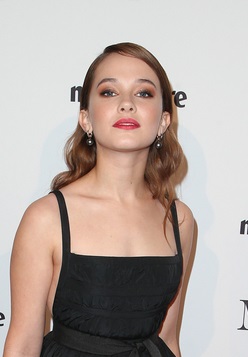 Cailee Spaeny is an American actress and singer. She has starred in the films Pacific Rim Uprising and Bad Times at the El Royale (2018), among others.

Cailee’s paternal grandfather was Donald Kenneth Spaeny (the son of Ernest C. Spaeny and Ora Kathryn Runkle). Donald was born in Kansas. Ernest was the son of Charles A. Spaeny, who was Swiss, and of Sophia Fuhlendorf, who was German. Ora was the daughter of Albert Richard Runkles/Runkle and Catherine Ann Wennet.

Cailee’s paternal grandmother was Alberta Jean Humphrey (the daughter of Wilbur John Humphrey and Ruby Emma Sherrill). Alberta was born in Kansas. Wilbur was the son of Charles/Charlie Humphrey and Mary Masters. Ruby was the daughter of Thomas Oliver Sherrill and Agnes Mae/May Ruble.