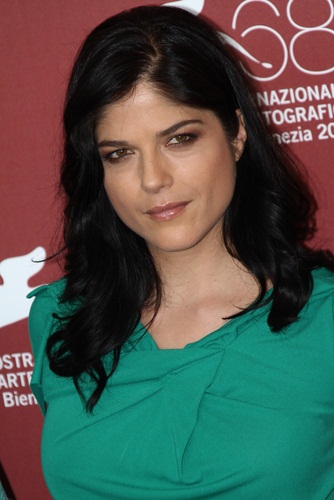 Selma Blair is an American actress. Her roles include the films Brown’s Requiem, Cruel Intentions, Legally Blonde, Storytelling, Hellboy and its sequel, Mom and Dad, After, and Feast of Love, and the shows Zoe, Duncan, Jack and Jane and Anger Management.

Selma is the daughter of Molly Ann, a judge, and Elliot I. Beitner, an attorney and labor arbitrator. Selma has a son with her former partner, fashion designer Jason Bleick.

Selma’s paternal grandparents and maternal grandfather were from Ashkenazi Jewish families. Selma’s maternal grandmother was of Scottish and English ancestry, and was Anglican. Selma was raised Jewish, and attended Hillel Day School, a Jewish day school. As a child, she formally converted to Judaism.

Selma’s paternal grandfather was Abraham Beitner (the son of Isaac Beitner and Zysle Wickler). Abraham was a Polish Jewish immigrant.

Selma’s paternal grandmother was Esther Yachnitz (the daughter of Herman Yachnitz and Ray Korman). Esther was a Russian Jewish immigrant.

Selma’s maternal grandfather was James H. Cooke/Cook (the son of Kalman Cooke and Ethel Winokur). James was born in Pennsylvania, the son of a Russian Jewish father and an Ukrainian Jewish mother. Kalman was the son of Gershon Kukui/Cooke. Ethel was the daughter of Joseph Winokur and Dina.

Selma’s maternal grandmother was Lillian Frances Minor (the daughter of James Campbell Minor and Lillian/Lilian H. Whitehouse). Selma’s grandmother Lillian was born in Pennsylvania, of Scottish and English ancestry. She was Anglican. James was born in Pennsylvania, to Scottish parents, James Miner Campbell and Charolina/Annie Lucas, who were born in Lanarkshire, Scotland. Selma’s great-grandmother Lillian Whitehouse was English, the daughter of William Ivan Whitehouse and Sarah Ann Hobson, who was born in Warwickshire, England. She came to the U.S. around 1891.

Genealogy of Selma Blair (focusing on her father’s side) – http://www.geni.com

Genealogy of Selma Blair (focusing on her mother’s side) – https://www.geni.com