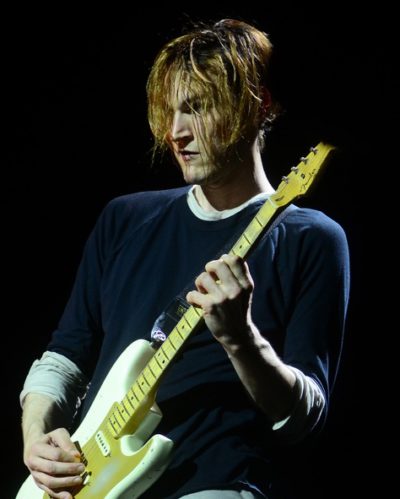 Klinghoffer in 2016, photo by prphotos.com

Josh Klinghoffer is an American musician, songwriter, and producer. He was the guitarist of the rock band Red Hot Chili Peppers. Other members of the band include/have included Flea, John Frusciante, Anthony Kiedis, Dave Navarro, and Chad Smith.

Josh is the son of Kathleen and Steven Klinghoffer. His father is Jewish. His mother was from a Catholic background, and was likely of Irish or mostly Irish descent.