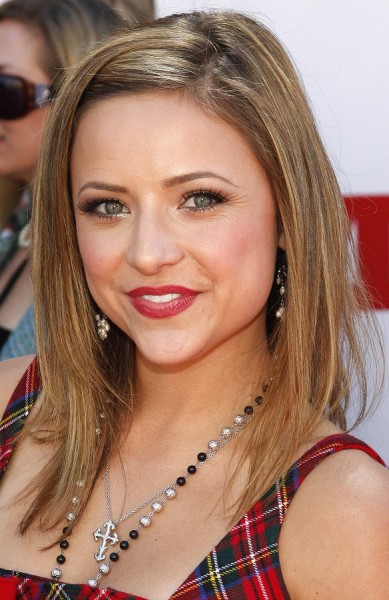 Christine Lakin is an American actress. She is known for starring on the ABC/CBS show Step by Step. Christine was born in Dallas, Texas, and was raised in Georgia by her parents, Karen (Niedwick) and James Daley Lakin.

Christine’s paternal grandmother was Helen Hazel Walters (the daughter of Purl Sylvester Walters and Grace Ethel Miller). Helen had English, and some Irish and German, ancestry. Purl was the son of Myron Bartlet Walters and Mary Emmarillis Tippett. Grace was the daughter of Rudolphus R. Miller and Mary Elizabeth McCue.

Sources: Genealogy of Christine Lakin (focusing on her father’s side) – https://www.geni.com

Genealogy of Christine’s paternal great-grandfather, Purl Sylvester Walters (focusing on his own father’s side) – http://wc.rootsweb.ancestry.com