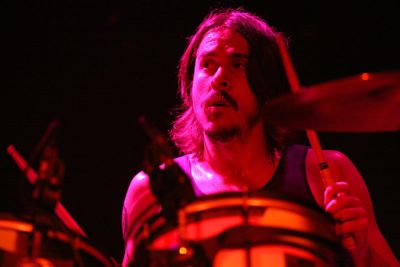 Ben Gillies is an Australian musician. He is known as the drummer for the Australian alternative rock band Silverchair. He is the son of Annette Maria (Davies) and David Gillies. He is married to Jakica Ivančević.

Ben’s maternal grandfather was Charles Cornelius Davies (the son of Bernard Louis Davies and Catherine Hoath). Charles was an English immigrant, from Manchester. Bernard was the son of Charles Davis and Catherine McLean; Charles was the son of Elias Davids, a Hungarian Jewish immigrant, and Elisabeth Trompretter, a Dutch Jewish immigrant, from Schagen, North Holland. Ben’s great-grandmother Catherine’s father, Martin Hoath, was born in Athlone, Ireland, to an Irish father, Martin Hoath, and an English mother, Elizabeth Rider. Catherine Hoath’s mother, Mary Elizabeth Kirby, was English, and of 3/4 Irish descent.

Ben’s maternal grandmother is Joan Esme Fielder (the daughter of Ronald Robert Fielder and Alice May Brown). Ronald was the son of John Thomas Fielder, of English descent, and of Emily Jane Powell.

Source: Genealogy of Ben Gillies (focusing on his mother’s side) – https://www.geni.com