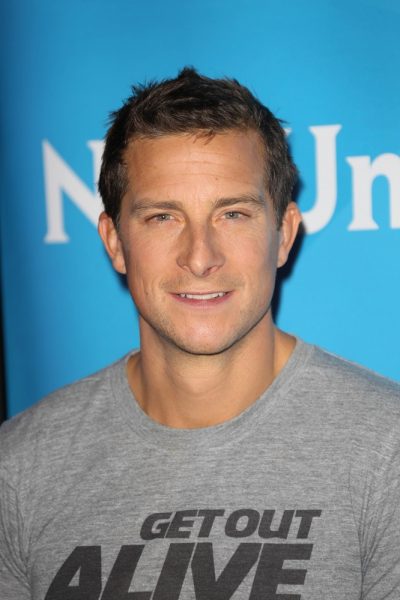 Bear Grylls is a British adventurer, writer, television presenter, and businessperson. He was the host of the show Man vs. Wild from 2006 to 2011, and has headlined other series.

Bear is the son of Sally (Ford) and Sir Michael Grylls (William Michael John Grylls). His father was born in Folkestone, Kent, and was a Conservative politician, who was a Member of Parliament, from 18 June, 1970 to 8 April, 1997. The Grylls family can be traced to 17th century Cornwall. Bear is married to Shara Cannings Knight, with whom he has three children.

Bear was raised in Donaghadee, Northern Ireland, and then Bembridge, on the Isle of Wight.

He is a practicing Anglican.

Bear’s maternal grandfather was Neville Ford (Neville Montague Ford, the son of The Rev. Lionel Ford, Lionel George Bridges Justice Ford, and of Mary Catherine Talbot). Neville was born in Repton Derbyshire, England, and was a cricketer, who played for Derbyshire, Oxford University, Middlesex and Marylebone Cricket Club (MCC), between 1926 and 1934. Bear’s great-grandfather The Rev. Lionel Ford was an Anglican priest, who was headmaster at two English independent schools, and then Dean of York. He was the son of William Augustus Ford, a first-class cricketer, and of Katherine Mary Justice.

On this line, Bear’s great-great-great-grandfather George Samuel Ford was a prominent bill discounter/money lender and solicitor, and Bear’s four times great-grandfather was inventor and locksmith Joseph Bramah. Bear is a great-great-nephew of cricketer and sports writer William Justice Ford, who was Headmaster of Nelson College, from 1886 to 1888; first-class cricketer Augustus Ford; artist and illustrator Henry Justice Ford; and cricketer Francis Ford; and a great-great-great-nephew of lawyer and judge Theodore Ford, Chief Justice for the Straits Settlements; Horace A. Ford, who is considered to have been one of the greatest target archers of all time; and first-class cricketer and clergyman George Ford.

On this line, Bear is a great-nephew of Edward Ford, a courtier in the Royal Household of King George VI and Queen Elizabeth II, and a great-great-nephew of Anglican priest Revd Edward Keble Talbot, and Rt Revd Neville Talbot, the Bishop of Pretoria in the Anglican Church of Southern Africa.

Bear’s maternal grandmother was Patricia Ford, Lady Fisher (born Patricia Smiles, the daughter of Lieut. Col. Sir Walter Dorling Smiles and Margaret “Maggie” Heighway). Patricia was born in Donaghadee, County Down, Ulster, Ireland. She was a politician for the Ulster Unionist Party, and was a Member of Parliament for North Down, from 15 April, 1953 to 25 May, 1955, representing her father’s old riding. Bear’s great-grandfather Walter Smiles was born in Belfast, and was also a politician for the Ulster Unionist Party, who was a Member of Parliament, from 27 October, 1931 to 31 January, 1953. He was the son of William Holmes Smiles, who was director of Belfast Ropeworks, and of Lucy Dorling; and the grandson of Scottish author and government reformer Samuel Smiles and horse racing administrator Henry Dorling. Bear’s great-grandfather Walter died in 1953 in the sinking of MV Princess Victoria, off Larne Lough.