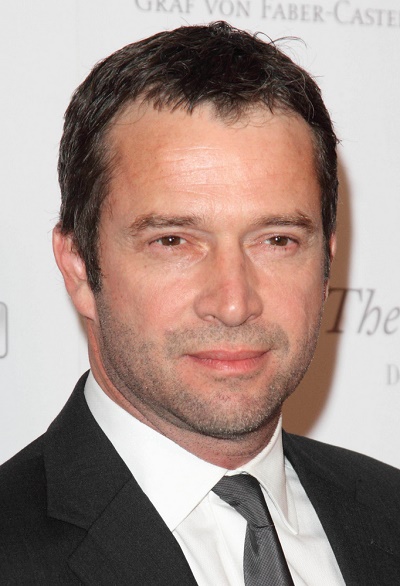 Purefoy in 2012, photo by Prphotos.com

Ethnicity: English, small amounts of Scottish and Irish, as well as 1/32 Jewish [Ashkenazi, Sephardi], possibly other

James Purefoy is a British actor.

James is the son of Shirley and Anthony Chetwynd Purefoy. The Purefoy family were landed gentry, of Shalstone, Buckinghamshire.

James is married to documentary director and producer Jessica Adams. He has a son with his former partner, actress Holly Aird; and three children with Jessica.

James’ paternal grandfather was The Rev. Brian Mews, later Purefoy, vicar of Tewkesbury (the son of Walter Mews and Violet Mary Phillips). The Rev. Brian was born in London, England, and took on his wife’s surname of Purefoy. James’ great-grandfather Walter was the son of John Mews and Ellen Langton. Violet was born in Llangeinwen, Carmarthenshire, Wales, the daughter of Edward Nunes Phillips and Cecil Mary Chetwynd-Talbot, who was born in Sri Lanka, to parents with roots in England and Ireland. Edward’s mother Fanny was Jewish, of Sephardi and Ashkenazi descent.

James’ paternal grandmother was Mary Lilias Geraldine Purefoy/FitzGerald (the daughter of Admiral Richard Purefoy Purefoy, born FitzGerald, and of Mary Lillias/Lilias Sandys-Lumsdaine). James’ grandmother Mary was born in Axford, Hampshire, England. Richard was born in Shalstone Manor, Buckinghamshire, and was the son of Richard Purefoy Fitzgerald, whose paternal grandfather was born in Jamaica, and of Henrietta Mary Chester-Bagot. James’ great-grandmother Mary was the daughter of The Rev. Francis Gordon Sandys-Lumsdaine and Martha Alice Cattley.