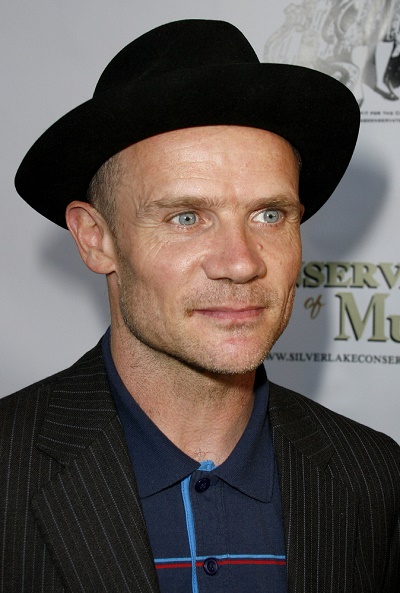 Flea is an Australian-born American musician and actor. He is the bassist of the rock band Red Hot Chili Peppers. Other members of the band include/have included John Frusciante, Anthony Kiedis, Josh Klinghoffer, Dave Navarro, and Chad Smith.

Flea is the son of Patricia and Michael Balzary. He is of Hungarian and Irish descent. He was born in Australia. When Flea was five, his family relocated to Larchmont, New York. In 1971, his parents divorced and his father returned to Australia. Flea and his siblings stayed in the U.S., where they grew up.

Flea’s great-great-grandparents likely were Albert Vincent Balzary, who was Hungarian, and Honoretta/Henrietta/Honora Bentley, who was Irish, from Dublin.

Flea is sometimes said to have Aboriginal ancestry. It is not clear if this is accurate.