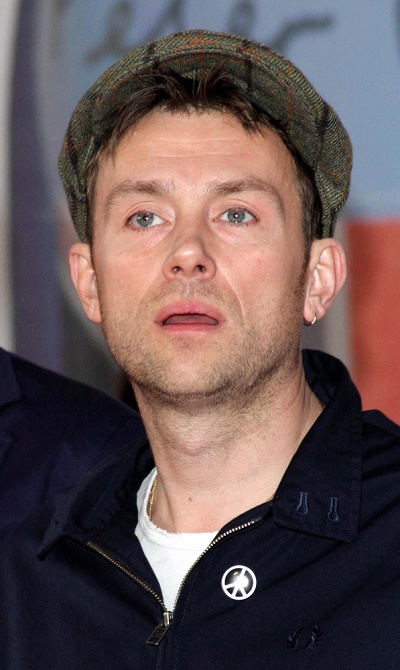 Albarn in 2012, photo by Prphotos.com

Damon Albarn is an English musician, singer, songwriter, and record producer. He is the singer for the rock band Blur and a member of the virtual band Gorillaz. Graham Coxon, Alex James, and Dave Rowntree are also members of Blur.

Damon is the son of Hazel Dring and artist Keith Albarn. He has a daughter with artist Suzi Winstanley.