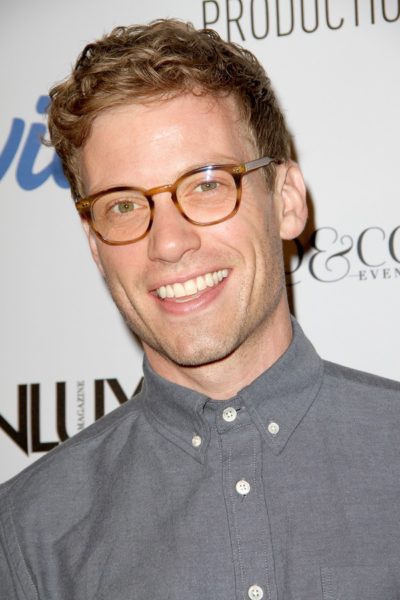 Foa in 2016, photo by cvanwagoner/www.bigstockphoto.com/

Barrett Foa is an American bari-tenor singer, dancer, and actor.

He is the son of Linda, an executive, editor, and author, and Conrad Foa, an international insurance broker, musician, and Army veteran. His parents were community/civic activists and philanthropists.

Barrett’s paternal grandfather was named Mario Leane Fortunato Foa (the son of Primo Foa). Mario was born in Genoa, Liguria, Italy, and was Jewish. Primo was the son of Fortunato Foa, who founded Foa & Son Insurance Company in Genoa in 1861.

Barrett’s maternal grandfather was Simon/Gemon “Sam” Rimanich (the son of Marco Rimanić/Rimanich and Mathea Čoban). Simon was born in Zara/Zadar, then in the Austro-Hungarian Empire, and was an ethnic Croatian, or a mix of Croatian and Italian ancestry.

Barrett’s maternal grandmother was named Kreszenz/Cresencia “Grace” Spiegl/Spiegel (the daughter of Meinrad Spiegl and Rosalia). Kreszenz was from Slatina, Romania, and was likely an ethnic German.

Each of Barrett’s grandparents can be said to have been born in a different country, something that is fairly rare. Businessperson Elon Musk, actors Remy Auberjonois, Hart Bochner, Noah Emmerich, Stephen Lang, Jessica Lange, Logan Lerman, Robert Morley, Brett Pierce, Ben Rosenfield, Andy Samberg, and Wallace Shawn, singer and songwriter Paula Cole, and Prince Philip, Duke of Edinburgh, are others whose grandparents were born in four distinct countries.