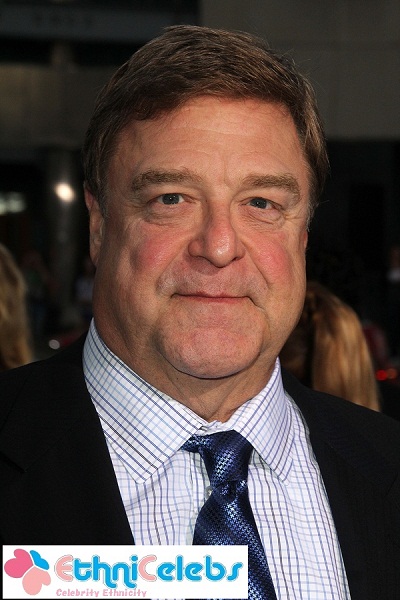 Goodman in 2012, image via kathclick/Bigstock.com

John Goodman is an American actor. He is known for his roles in the films Sea of Love, The Flinstones, The Big Lebowski, Monsters, Inc., Speed Racer, Patriots Day, and Kong: Skull Island, and the shows Roseanne, Treme, Alpha House, and The Righteous Gemstones, among many other works.

He is the son of Virginia Roos and Leslie F. Goodman. He is married to Annabeth Hartzog, with whom he has a daughter.

One genealogy traces John’s patrilineal line to William Goodman and Mary Archer, who were born, c. the early 1600s, in England.

John’s paternal grandmother was named Lillie M. Harrison (the daughter of Edward Harrison and Elen/Emma). Lillie was born in Illinois.

Genealogy of John Goodman (focusing on his father’s side) – http://freepages.genealogy.rootsweb.ancestry.com

Genealogy of John Goodman (focusing on his mother’s side) – http://familytreemaker.genealogy.com