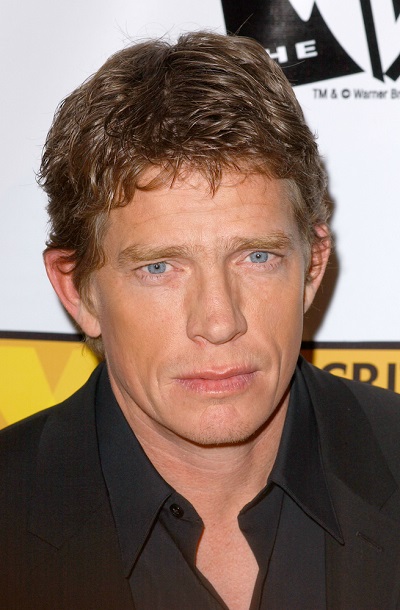 Thomas Haden Church is an American actor, writer, and director. He is known for playing Jack in the film Sideways, for which he received an Academy Award nomination for Best Supporting Actor; and also, among other roles, for George of the Jungle, Spider-Man 3, and Tales from the Crypt Presents: Demon Knight.

Thomas is the son of Wanda Maxine (Sanders) and Carl/Carlos Richard McMillen. Born Thomas Richard McMillen, he used a stepfather’s surname, Quesada, during his early life, and later took on the stage name Thomas Haden Church. He was raised in Laredo, Texas, then in Harlingen, TX.

He has two children with his former partner Mia Zottoli.

Thomas’s paternal grandfather was William Hyrum McMillen (the son of Edward H. McMillen and Lula/Lola Almira Mower). William was born in Utah. Edward was born in Ohio, to Scottish parents, William E. McMillen and Mary. Lula was the daughter of Henry Mower and Ruvinia June/Jane Mount.

Thomas’s maternal grandfather was John Thomas McKinney Sanders (the son of Thomas Richard “Tom” Sanders and Lillie May Stuckey). John was born in Arkansas. Thomas’s great-grandfather Thomas Sanders was the son of William Andrew/Alexander Sanders and Mary Bumgarder Payen. Lillie was the daughter of William Stuckey and Rebecca Jane Brown.

Genealogy of Thomas’s paternal grandfather, William Hyrum McMillen (focusing on his own father’s side) – http://calvingenealogy.com