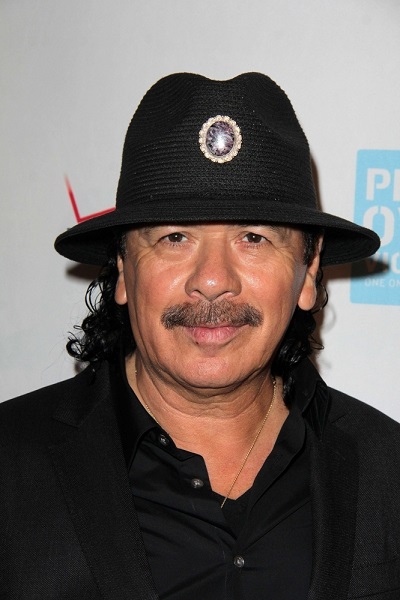 Santana in 2013, photo by Prphotos

Carlos Santana is a Mexican and American musician. He first became famous in the late 1960s and early 1970s, with his band, Santana, which pioneered a fusion of rock and Latin American music. Neal Schon was also a member of the band.

Born in Autlán de Navarro, Jalisco, Mexico, he moved to San Francisco, California, with his family during his childhood. He became a U.S. citizen in 1965.

Carlos is the son of José Santana Meza and Josefina Barragan Corona. He is married to drummer Cindy Blackman. He has three children with his former wife, Deborah King. The surname Santana is the condensed version of Santa Ana.

Carlos’ matrilineal ancestry can be traced back to his fifth great-grandmother, Vicenta Álvarez.

Sources: Genealogy of Carlos Santana (focusing on his father’s side) – http://www.geni.com