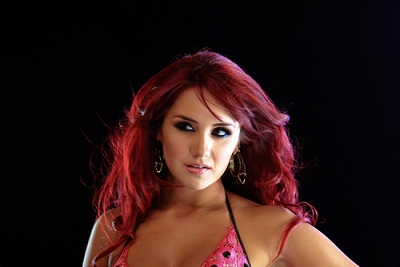 Dulce María is a Mexican singer, songwriter, actress, and author. She was a member of pop group RBD. The other members of the group were Anahí, Christian Chávez, Alfonso Herrera, Maite Perroni, and Christopher von Uckermann.

Dulce is the daughter of Blanca Guadalupe Saviñón Henderson and Fernando Espinosa Ávila. Dulce is married to producer Paco Álvarez, with whom she has a daughter.

Dulce’s paternal grandfather was Salvador Espinosa López (the son of Ezequiel Espinosa Rueda and Natalia López Chávez). Salvador was born in Huetamo, Michoacán. Ezequiel was the son of Rosendo Espinosa Jaimés and María Celsa Rueda. Natalia was the daughter of Epifanio López and Candelaria Chávez.

Dulce’s maternal grandmother was Blanca Isabel Henderson Calderón (the daughter of Juan Henderson Hunt and Guadalupe de la Luz Calderón González). Dulce’s grandmother Blanca was born in Mexico City. Juan was the son of a Scottish emigrant, John Henderson, of Dollar, Clackmannanshire, and of an English emigrant, Agnes Margaret Hunt, of Liverpool, who likely was of Irish origin. Dulce’s great-grandmother Guadalupe was the daughter of Antonio Calderón Sandoval and Isabel Adela González Garduño, and was the maternal aunt of Frida Kahlo.