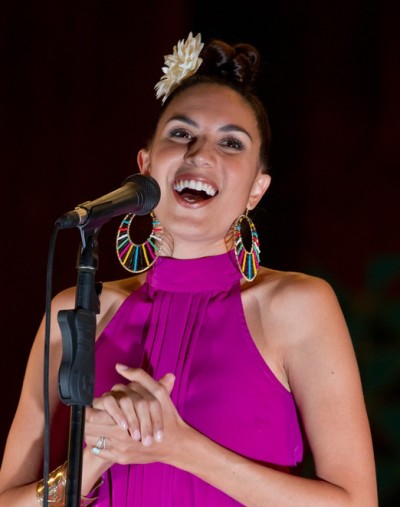 Jupiter in 2011, photo by Prphotos.com

Maya Jupiter is a Mexican and Australian rapper, songwriter, MC, and radio personality. She was born in Mexico, to a Mexican father and a Turkish mother. She moved to Melbourne, Australia, when she was one year old, and then Sydney when she was four. Maya is married to American singer Aloe Blacc, with whom she has a daughter.

In an interview with Tony Mitchell, Maya stated:

I was one year old when I came to Australia, so I’m pretty much an Aussie. They call me cangurita in Mexico. I’ve been back a couple of times, but not to the place where I was born. My mum is Turkish. My father was working in the city of La Paz when I was born, which is in Baja California, but he wasn’t from there. All my family is from Soleuo, which is a city in Beunavato, just north of Mexico City.