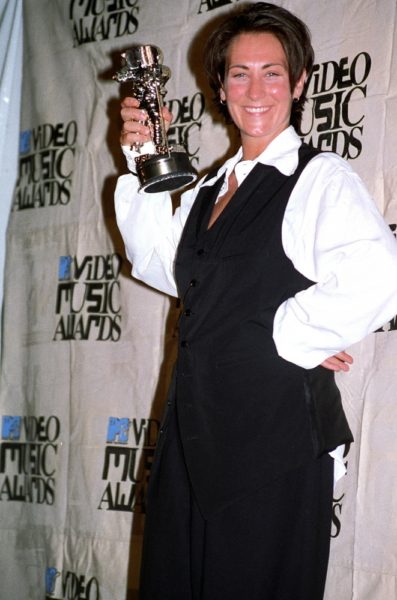 k.d. lang is a Canadian pop and country singer, songwriter, and actress. She is the daughter of Audrey Alberta (Beebee) and Adam Frederick Lang.

k.d. has said that she also has Icelandic, Russian Jewish, and Sioux Native Canadian ancestry. It is not clear if these ancestral groups have been verified/documented as being in her family tree. None of her recent ancestors were of Icelandic, Jewish, or Sioux descent.

k.d.’s paternal grandfather was Frederick John “Fred” Lang (the son of Christopher Lang and Sarah Etta Markell). Fred was born in Osnabruck Township (now part of South Stormont), Ontario. Christopher was the son of Frederick Lang, who was mostly of German and Dutch descent, and of Ann Janet Vance, who was of Northern Irish descent. Etta was the daughter of John Nelson Markell and Sarah Etta Cryderman.

k.d.’s maternal grandmother was Myrtle Josephine Youmans (the daughter of Joseph Henry Youmans and Josephine Lane). Myrtle was born in Denbigh (now part of Addington Highlands), Ontario. k.d.’s great-grandfather Joseph was the son of David Youmans and Samantha Ann Maybee. k.d.’s great-grandmother Josephine was the daughter of William Lane, who was born in Cork, Ireland, and of Janet Amanda Weese.