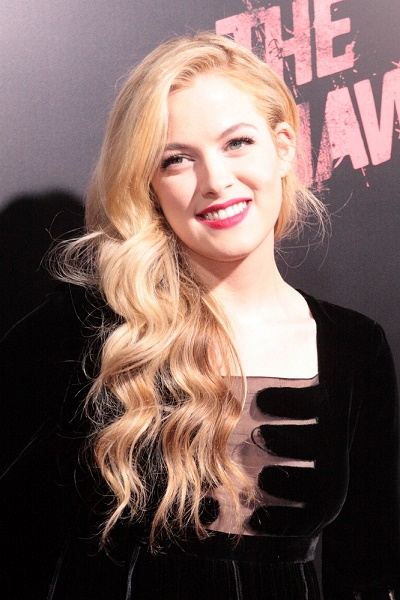 Riley Keough is an American actress and model. She is the daughter of Lisa Marie Presley, a singer and songwriter, and Danny Keough, a musician. On her mother’s side, Riley is the granddaughter of musician and actor Elvis Presley and actress and businessperson Priscilla Presley.

Riley’s great-great-grandmother Bernita’s line traced back to some of the earliest Jews in the U.S., dating back to the early 1700s. Riley has specified:

One side is from Portugal and is Sephardic Jew, and other side from Eastern Europe, Ashkenazi Jew. My Great Grandfather immigrated in the 1900s from Eastern Europe when he was a boy. And my great Grandmothers Family were one of the earliest Jews to come to the US in the 1700s.

Riley’s maternal grandmother is Priscilla Ann Wagner (the daughter of James Frederick Wagner and Anna Lillian Iversen). Priscilla was born in New York. James was the son of Harold Andrew Wagner and Katherine/Kathryn Gates Ramsey. Riley’s great-grandmother Anna was the daughter of Albert Henry Iversen, who was born in Egersund, Rogaland, Norway, and of and Lorraine Grace Davis.

I had one great grandma who was Creek and one who was full blood Cherokee.

It is not clear of this Creek or Cherokee Native American ancestry has been verified/documented.

Riley does have Jewish heritage from her father’s side.

Genealogy of Riley’s paternal great-great-great-grandfather, Abraham Neusteter (focusing on his father’s side) – https://www.geni.com