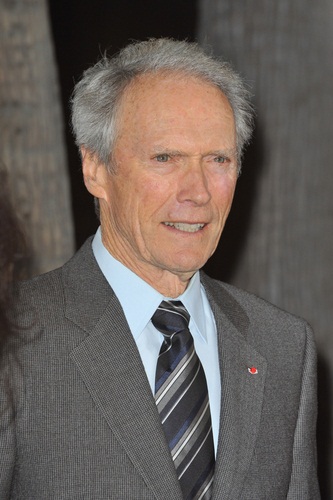 Clint Eastwood is an American filmmaker, actor, director, producer, musician, and politician. He has twice won the Academy Award for Best Director, for Unforgiven (1992) and Million Dollar Baby (2004); two films in which he also starred. He has also had leading roles in The Good, the Bad and the Ugly, Dirty Harry, and The Bridges of Madison County, among many others. He served as Mayor of Carmel-by-the-Sea, California, from April 30, 1986 to April 30, 1988.

Clint is the son of Margaret Ruth “Betty” (Runner) and Clinton Eastwood. His ancestry is English, Scottish, Irish, smaller amounts of German and Dutch, and remote Welsh.

Clint’s paternal grandfather was Burr Eastwood (the son of Asa Bedesco/Bodisco Eastwood and Emily/Emma “Mabel” Young). Burr was born in Seneca Falls, Seneca, New York. Asa was the son of Lewis Washington Eastwood and Margaret Amanda Sullivan. Emily was the daughter of Henry Young and Eliza.

Clint’s maternal grandfather was Waldo Errol Runner (the son of Charles Claude “C.C.” Runner and Sophia Aurelia Bartholomew). Waldo was born in Buena Vista, Chaffee, Colorado. Charles was the son of John Wesley/Henry Runner and Penelope Concordia Suckett/Jackson. Sophia was the daughter of Edward Franklin Bartholomew and Cordelia Kellogg, and was of Colonial American descent, with deep roots in Connecticut.

Clint is a sixth cousin, once removed, of actress Rue McClanahan, through shared McClanahan ancestry.