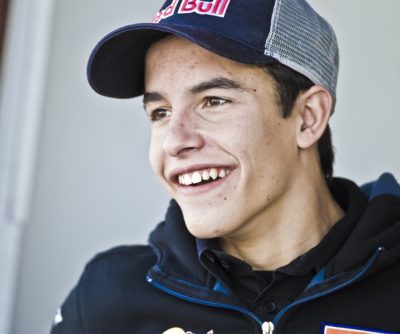 Márquez in 2010, photo by LevanteMedia/www.bigstockphoto.com/

Marc Márquez is a Spanish professional Grand Prix motorcycle road racer. He has raced for Honda’s factory team since his MotoGP debut in 2013. He is a three-time MotoGP world champion. He is known as the “Ant of Cervera.”

Marc is the son of Julià Márquez and Roser Alentà.