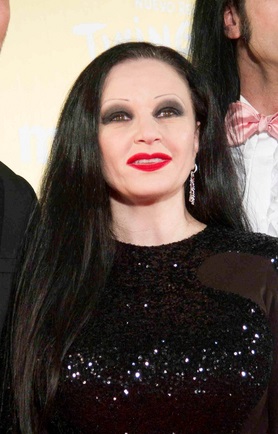 Alaska is a Mexican-born singer, songwriter, actress, DJ, and businessperson. She is now also a Spanish citizen.

Her father, Manuel Gara López was born in Asturias, Spain and was living in Mexico in exile during the Spanish Civil War.

Her mother, América Jova Godoy, was born in La Habana, Cuba and also was living in Mexico in exile due to the Cuban Revolution.

Alaska’s maternal grandmother was María Caridad Godoy Cuebas (the daughter of Felipe Godoy Herbert and Belén de las Cuebas). Felipe was born in France, and was a possible descendant of Manuel Godoy, who was Prime Minister of Spain, from 1792 to 1797 (Manuel was born in Extremadura, of Portuguese descent); and of Philip Herbert, the 4th Earl of Pembroke and 1st Earl of Montgomery.