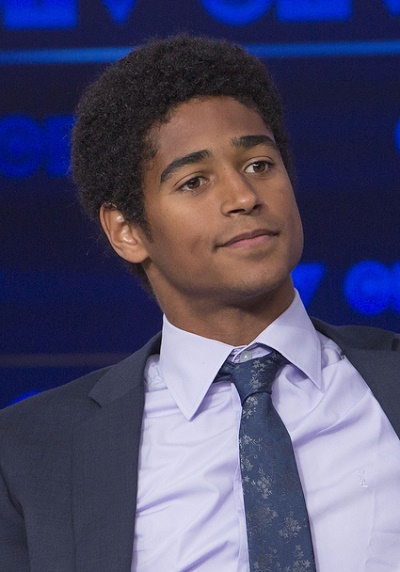 Alfred Enoch, also credited as Alfie Enoch, is a British actor. He is known for his roles on How to Get Away with Murder and in the Harry Potter films.

His father, William Russell (born William Russell Enoch), is an English actor, who is white. His mother, Dr. Etheline Margareth Enoch, was born in Brazil, to black Barbadian parents. His parents are pictured here.

He is a cousin of professional football player and physiotherapist Victor Boleta (born Victor Lucky Villamosa Lewis). His mother and Victor’s father, who was a basketball player, are siblings.

Alfred’s paternal grandfather was Alfred James Enoch (the son of William Enoch and Anne/Ann Kinson). William was the son of Emmanuel/Emanuel Enoch and Emma Ayers. Anne was the daughter of Thomas Kinson and Martha/Marther Hall.

Alfred’s paternal grandmother was Eva Compston Pile (the daughter of Joseph Duck Pile and Emma Jane Palmer). Eva was born in Houghton-le-Spring, Durham, England. Joseph was the son of Joseph Pile and Indiana Duck. Emma was the daughter of Isaac Palmer and Margaret Compston.