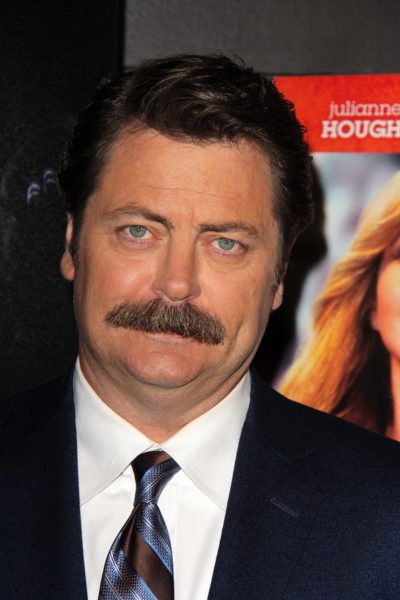 Offerman in 2013, photo by kathclick/Bigstock.com

He is the son of Catherine Ann, a nurse, and Frederic Dames Offerman, a teacher. Nick is married to actress Megan Mullally.

Nick’s maternal grandmother was Eloise Catherine Loucks (the daughter of Harry Milton Loucks and Hazel Ada Smith). Eloise was born in Illinois. Harry was the son of Milton Scott Loucks and Katherine/Catherine Bell Barr. Hazel was the daughter of James Charles Smith, whose parents were Irish, and of Mary/May J. Kehoe, who was Irish.

Genealogy of Nick’s mother (through her sister) – http://wc.rootsweb.ancestry.com

Genealogy of Nick’s maternal great-grandfather, William Dean Roberts (focusing on his own mother’s side) – http://wc.rootsweb.ancestry.com