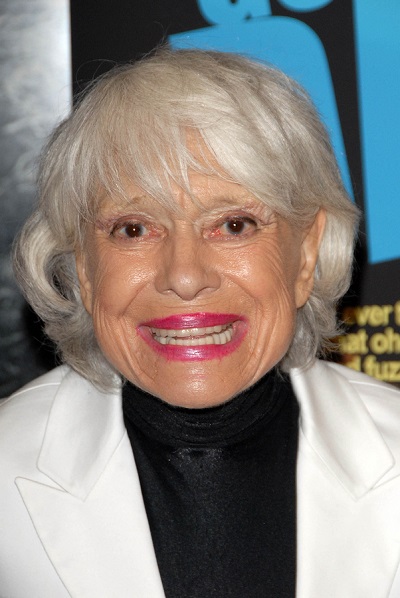 Channing in 2009, photo by s_bukley/Bigstock.com

Carol Channing was an American actress, singer, dancer, and comedian. She was the daughter of Carol Adelaide (Glaser) and George Channing (born George Christian Stucker), who was a prominent newspaper editor.

Carol’s paternal grandfather was of German descent, while Carol’s paternal grandmother was African-American. Carol’s mother’s family is German. Carol was not told about her African-American ancestry until her teenage years. It appears that Carol first publicly stated that she is of part black ancestry in 2002, when her autobiography, Just Lucky I Guess: A Memoir of Sorts, was published. In the book, Carol also wrote that her father sang gospel music to entertain her.

Carol had a son, cartoonist Channing Carson, with her former husband, Canadian football player Alex Carson. She was also married to manager and publicist Charles Lowe, until his death, and then to Harry Kullijian, also until his death. They founded the Dr. Carol Channing and Harry Kullijian Foundation, to promote arts education in schools.

Carol is sometimes said to have had Jewish ancestry on her mother’s side. It is not clear if this is accurate. At least much of her mother’s ancestry was not Jewish. An interview with Carol in 2007 made a note that “her mother’s heritage is unclear, so the singer hopes perhaps she is at least half Jewish.”

Carol was raised in the Christian Science faith.

Carol’s paternal grandfather was named George Stucker (the son of Henry Stucker). George was born in Georgia, to German parents.

Carol’s paternal grandmother was named Clara Page. Clara was born in Georgia, and was African-American.