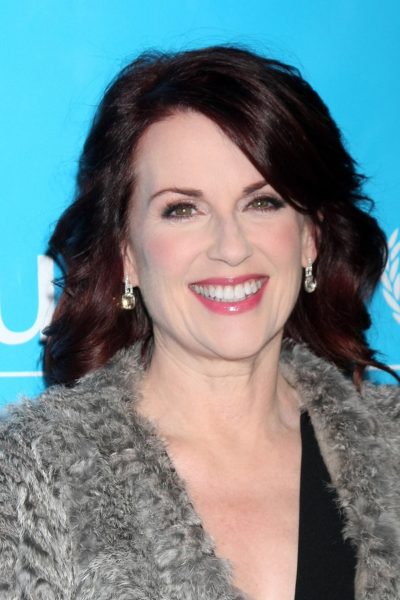 Mullally in 2011, photo by kathclick/Bigstock.com

Megan Mullally is an American actress and singer. She is the daughter of Martha Jane (Palmer) and Carter Mullally, Jr., an actor, and was raised in Oklahoma City, Oklahoma. Megan is married to actor Nick Offerman.

Megan has said that an AncestryDNA test showed her to have English, Irish, and a small amount of Scandinavian, DNA.

Megan’s paternal grandfather was Carter Mullaly, Sr. (the son of Carolo/Charles Borromeo “C.B.” Mullaly and Margaret/Margaretta Chilton Bennett). Carter was born in Texas. Carolo was President of the San Antonio Merchants’ Exchange. He was born in Georgia, the son of Richard/Ira M. Mullally/Mullaly and Elizabeth, who were Irish immigrants. Margaret was the daughter of Samuel C. Bennett and Ann Mathilda Hill.

Megan’s paternal grandmother was Hattie Belle Hales (the daughter of William Taylor “W T” Hales and Oneta Burnsides). Hattie was born in Oklahoma. William was the son of Jesse Anderson Hales and Martha Jane Beasley. Oneta was the daughter of Benjamin Franklin Burnsides and Sarepta Jane.

Megan’s maternal grandfather was William Elias Palmer (the son of Tristam Coggeshall Palmer and Emma Louisa Twibell). William was born in Indiana. Tristam was the son of Elias Palmer and Eunice Worth Coggeshall. Emma was the daughter of William Twibell and Mary Hall Brannum.

Sources: Information about Megan’s appearance on ‘Who Do You Think You Are?, 2018 – http://news.psu.edu

Genealogy of Megan Mullally (focusing on her father’s side) – https://www.wikitree.com

Genealogy of Megan’s father (focusing on his mother’s side; through his sister, Marilyn Ann Mullaly) – http://www.findagrave.com

Genealogy of Megan Mullally (focusing on her mother’s side) – https://www.geni.com