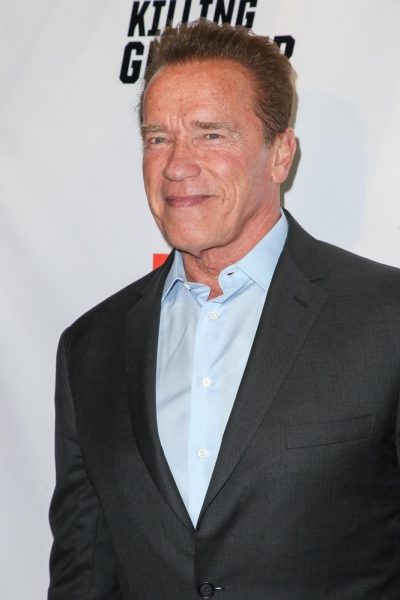 Ethnicity: Austrian, as well as some Czech

Arnold Schwarzenegger is an Austrian and American actor, politician, professional bodybuilder, model, director, writer, producer, activist, philanthropist, investor, and businessperson. A Republican, he served as Governor of California, from November 17, 2003 to January 3, 2011. He has also been Chairman of the President’s Council on Physical Fitness and Sports, from January 22, 1990 to January 20, 1993. His roles include The Terminator, Conan the Barbarian, Commando, Predator, Red Heat, Total Recall, Kindergarten Cop, Eraser, Batman & Robin, End of Days, The Expendables, and Maggie, among many others.

Arnold was born in Thal, Austria, to Aurelia (Jadrný) and Gustav Schwarzenegger. His father served in World War II with the German army. Arnold moved to the U.S. in 1968, and is now a U.S. citizen. Arnold has four children with his former wife, journalist Maria Shriver, including author Katherine Schwarzenegger and actor, model, and entrepreneur Patrick Schwarzenegger; and a son with Mildred Baena. Katherine is married to actor Chris Pratt.

Arnold’s paternal grandfather was Karl Schwarzenegger (born Carl Mach, the son of Wenzel/Václav Mach and Kunigunde Schwarzenegger). Karl was born in Neuberg an der Mürz, and later took on his mother’s name Schwarzenegger. Wenzel born in Kočov, near Tachov, Pilsen, in the Czech lands. Kunigunde was the daughter of Simon Schwarzenegger and Maria Tatscher/Tascher.

Genealogy of Arnold Schwarzenegger (focusing on his father’s side) – https://www.geni.com