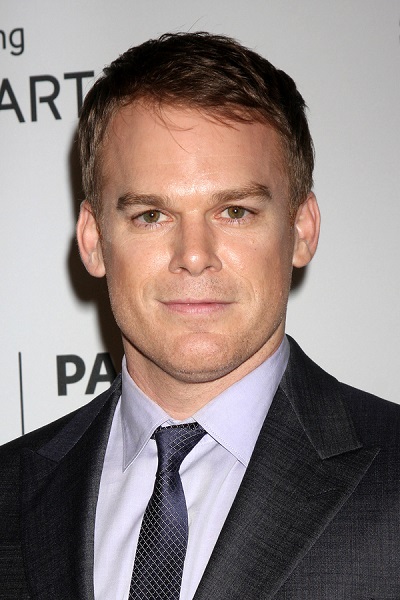 Hall in 2013, photo by s_bukley/Bigstock.com

Michael C. Hall is an American actor. He is known for having starred in the show Dexter.

He is the son of Janice (Styons) and William Carlyle Hall. Michael is married to associate editor Morgan Macgregor.

Michael’s paternal grandmother was Themise Catherine Smith (the daughter of Mark Nicholas Smith and Lula May Southerland). Themise was born in North Carolina. Mark was the son of John Green Smith and Arrah/Ara A. Smith. Lula was the daughter of James Lemuel Southerland and Lucy Catherine Grady.

Michael’s maternal grandfather was Samuel Cornelius “Sam” Styons (the son of Joseph Henry Styons and Bertie Ann Eva Cinderella “Rilley”/”Rillie” Modlin). Samuel was born in North Carolina. Joseph was the son of Sarah. Bertie was the daughter of Samuel Modlin and Fannie/Francis Perry.