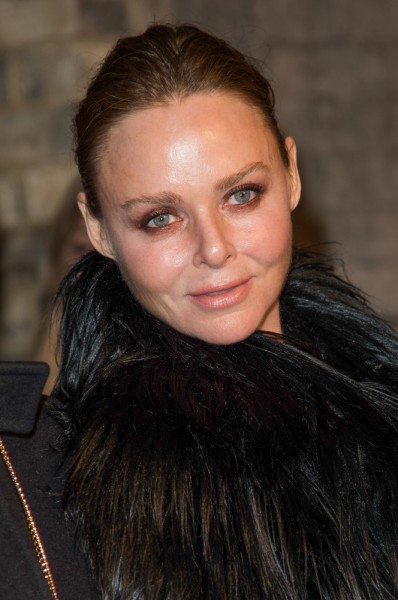 McCartney in 2015, photo by Prphotos

Stella McCartney is an English fashion designer. She is the daughter of former Beatles member Sir Paul McCartney, and American musician, photographer, and animal rights activist Linda McCartney (born Linda Louise Eastman). Stella is married to publisher Alasdhair Willis, with whom she has four children.

Stella’s paternal grandfather was James McCartney (the son of Joseph McCartney and Florence Clegg). James was born in Everton, Liverpool, Lancashire. Joseph was the son of James McCartney, who was of Irish and Scottish descent, and of Elizabeth Williams, who was of Welsh and English ancestry. Florence was the daughter of Paul Clegg and Jane Claque/Clague, who were both born on the Isle of Man, with Jane being from St Anne.

Genealogy of Stella McCartney (focusing on her father’s side) – http://en.rodovid.org

Genealogy of Stella McCartney (through her brother, James) – http://www.wikitree.com