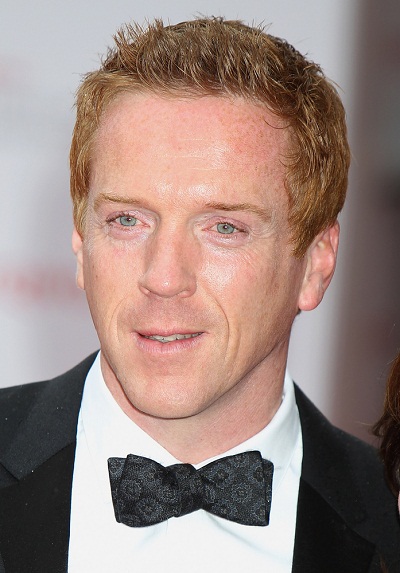 Ethnicity: Welsh, as well as English, Scottish, and 1/16th Jewish [Sephardi and Ashkenazi]

Damian Lewis is a British actor and producer. His roles include Soames Forsyte on the ITV remake of The Forsyte Saga, Detective Charlie Crews in the NBC drama Life, Major Richard Winters in the HBO mini-series Band of Brothers, and Marine Sergeant Nicholas Brody in the Showtime series Homeland. Damian was married to actress Helen McCrory, until her death, with whom he has two children.

Damian’s great-grandmother Minnie Yarrow was the daughter of Sir Alfred Fernandez Yarrow, 1st Baronet, and of Minnie Florence Franklin. Alfred was the son of Edgar Williams Yarrow, who was of English background, and of Esther Lindo, who was a Sephardi Jew. Damian’s great-great-grandmother Minnie Franklin was the daughter of Frank Franklin, who was of Ashkenazi Jewish (from Germany, Moravia, and Poland) background, and of Theodosia Balderson, who was of English background. It appears that both Alfred Yarrow and Minnie Franklin were raised as Christians. Much of Damian’s mother’s other ancestry is English, with some Scottish roots.

Sources: Genealogies of Damian Lewis (focusing on his mother’s side) – http://worldconnect.rootsweb.ancestry.com
http://www.thepeerage.com
https://www.geni.com